KENDERBECK'S. American, Quickstep March (2/4 time). D Major. Standard tuning (fiddle). AABB. In 1862 Bruce and Emmett's Drummers' and Fifers' Guide was published to help codify and train the hordes of new musicians in Union Army service early in the American Civil War. George Bruce was a drum major in the New York National Guard, 7th Regiment, and had served in the United States Army as principal drum instructor at the installation at Governor's Island in New York harbor. Emmett was none-other than Daniel Decatur Emmett, a principal figure in the mid-19th century minstrel craze and composer of "Dixie" (ironically turned into a Confederate anthem during the war) and "Old Dan Tucker," among other favorites. Emmett had been a fifer for the 6th U.S. Infantry in the mid-1850's. 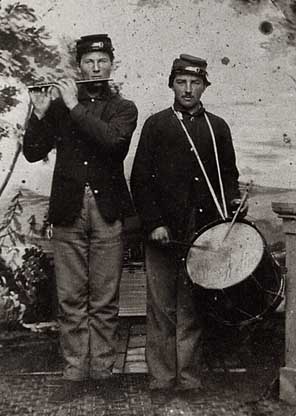