KILCOY CASTLE. Scottish, Reel. A Mixolydian. Standard tuning (fiddle). AA'BB'. A pipe tune. Kilcoy derives from the Gaelic Cu coille, meaning 'nook of the wood' or 'nook of the hazel wood'. Kilcoy Castle was a home of the MacKenzies for nearly 300 years, until 1813. It was the subject of one of the prophecies by the 17th century Brahan Seer, Kenneth MacKenzie (Coinneach Odhar {Dun-colored Kenneth}), of Ross-shire, who predicted "The stern castle of Kilcoy shall stand cold and empty," and indeed it did in the 19th century when it was allowed to fall nearly to ruins. It was restored at the beginning of the 20th century and is now in private possession, although the gardens are open to the public in the summer. 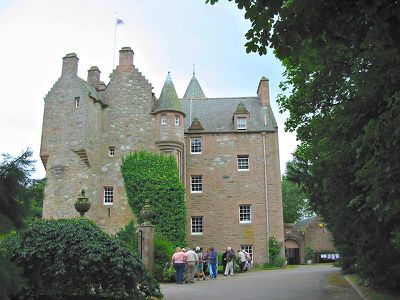