King of Poland (The)

Back to King of Poland (The)[edit]

KING OF POLAND, THE. AKA and see "Courtiers Courtiers." English, Country Dance Tune (6/8 time). E Minor (Raven): G Dorian (Barnes, Chappell, Sharp). Standard tuning (fiddle). AAB (Chappell, Raven): ABB (Sharp): AABB (Barnes). The air appears as "The King of Poland" in John Playford's Apollo's Banquet, 5th Edition (1687, p. 98) and his Dancing Master, 7th Edition (1687), although Chappell (1859) finds no lyrics to a song about a King of Poland in the ballad literature. The title undoubtedly refers to John III Sobieski [1] (reign 1674-1696), an international hero after his victory over the Ottoman Turks at the Battle of Vienna in 1683, the high tide of Muslim expansion in Europe. He was hailed as the 'Saviour of Europe'.

The melody is the air to an a song, perhaps older, that was called "Courtiers Courtiers" on broadside sheets beginning in the last two decades of the 17th century. The same song, headed by the title "Beggar's Delight (The)," was entered into the Pepys collection, as it was sung at the Theatre Royal. 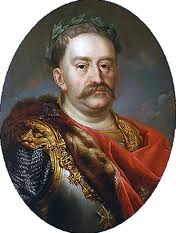 Back to King of Poland (The)[edit]