Back to Kinnon and Betty Lou and West Mabou

KINNON AND BETTY LOU AT WEST MABOU. Canadian, Jig. Canada, Cape Breton. B Flat Major. Standard tuning (fiddle). AABB'. Composed by Cape Breton fiddler Dougie MacDonald (1968-2009), who died tragically young in an accident at age 41. MacDonald, a friend of Jerry Holland, was widely held to be one of the finest Cape Breton fiddlers of his generation. The title to fiddler Kinnon Beaton, of Mabou, Cape Breton, and his wife Betty MacMaster Beaton who are renowned for their music for dancing. 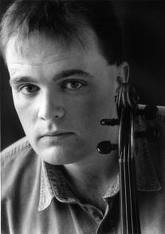 Back to Kinnon and Betty Lou and West Mabou