KYLEBRACK RAMBLER(S). AKA and see "Finbarr Dwyer's Fancy." Irish, Reel. D Major/Mixolyidan (Cranford, Mulvihill): A Major/Mixolydian (Flaherty). Standard tuning (fiddle). AABBAAB'B'(Cranford): AABBCC (Flaherty): AA'BB'CC' (Mulvihill). "Kylebrack Rambler" has been credited to Irish accordion player Finbarr Dwyer [1], who currently resides in England. Editor Paul Cranford (1994) states the title was "Finbarr Dwyer's Fancy" on one of the accordionist's early (c. 1973) albums, "The Intercontinental," and that the title "Kylebrack Rambler" came from a recording by another Irish accordionist, P.J. Hernon. A shift to the third position on the fiddle is required when playing the tune. The tune has been picked up by modern Cape Breton musicians and has been recorded several times. 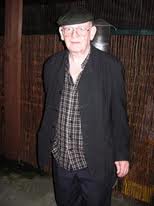 Sources for notated versions: learned by fiddler Brenda Stubbert (b. 1959, Point Aconi, Cape Breton, from her father, Robert Stubbert, who had it from a tape of an Irish fiddler [Cranford]; Jim McElhone (County Derry) [Mulvihill].