Lads of Tarland (The)

Find traditional instrumental music
This is the stable version, checked on 24 May 2022.
Jump to: navigation, search

Back to Lads of Tarland (The) 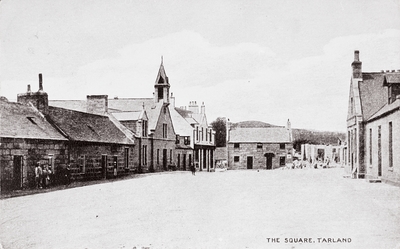 Walker was an inventor (of surveying instruments, for example), agriculturalist, fiddler and composer of works collected in a volume published in Aberdeen in 1866. He was employed as a gardener for Sir Charles Forbes at Castle Newe, who was also his patron. While in Scotland he took a wife, Jean (11 years his junior), and at age 40 became father of a daughter, Maggie, followed by three sons (Charles, Alexander and George—Charles perhaps named after Sir Charles Forbes). Walker knew a young J. Scott Skinner, who was employed as a dancing master for the tenantry of the Queen’s residence at Balmoral, and co-wrote a tune with him. Walker himself played in bands for entertainments given by the Royal Family [Allan Thomas, A New Most Excellent Dancing Master, 1992 ].

Back to Lads of Tarland (The)