Back to Lady Caroline Montague

LADY CAROLINE MONTAGUE. Scottish, March or Strathspey (whole time). C Major. Standard tuning (fiddle). AB (Kerr): AAB (Athole, Gow, Lowe, Skye). Composed by Nathaniel Gow (1763-1831). Lady Caroline Montagu-Scott (1774-1854) was the 3rd daughter of Henry, 3rd Duke of Buccleugh and Queensbury. In 1803 she married Charles Douglas (b. 1777), Marquis and Earl of Queensbury, with whom she had eight daughters. She was painted by Sir Joshua Reynolds painted when she was but a child, standing in the snow with her hands in a muff. 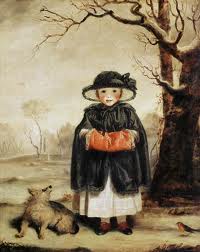 Back to Lady Caroline Montague