Find traditional instrumental music
This is the stable version, checked on 9 December 2020.
Jump to: navigation, search

Back to Lady Charlotte Lennox's Strathspey 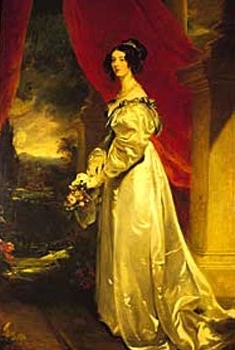 Lady Charlotte Lennox, Duchess of Richmond (1768-1842) was the eldest child of Alexander, 4th Duke of Gordon, and his wife Jane Maxwell. She married Charles Lennox, 4th Duke of Richmond, in September, 1789, with whom she had seven sons and seven daughters. It was she who gave the ball in Brussels on the eve of the Waterloo campaign, in which Wellington and the army received word that Napoleon was marching north into the Netherlands. Her husband was appointed Governor General of British North America in 1818, but she was widowed a year later. In 1836 she inherited the vast Gordon estates when her brother, George Gordon, 5th Duke of Gordon, died leaving no legitimate children. Lady Charlotte died in London in 1842.

Not to be confused with Scottish novelist, playwright and poet, Charlotte Lennox (1730-1804), author of The Female Quixote and friend of Samuel Johnson and Joshua Reynolds.

Back to Lady Charlotte Lennox's Strathspey