LADY CHARLOTTE PERCY'S SCOTCH MEASURE. Scottish, Scotch Measure (Country Dance) or Reel (cut time). E Flat Major. Standard tuning (fiddle). AAB. Composed by Scottish dancing master and musician Duncan MacIntyre (c. 1767-1807), who established a practice in Edinburgh, but who moved to London in the 1790's. It was in the English city that he published his 1794 collection, dedicated to Lady Charlotte Campbell. 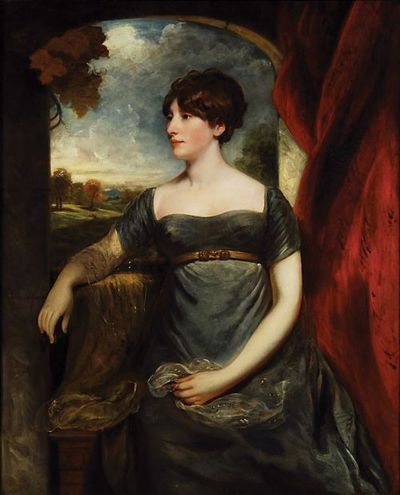 The tune's title honors, perhaps, Lady Charlotte Percy (1776-1862), a daughter of the 1st Earl of Beverley and a sister of George Percy, 5th Duke of Northumberland. In 1795 she became the second wife of George Ashburnham (1760–1830), 3rd Earl of Ashburnham and resided primarily at the ancient family seat of Ashburnham Place in Sussex. The couple had thirteen children (plus four from his first marriage), all except one surviving to adulthood.

The first appearance in print of the term 'Scotch Measure' was in Henry Playford's Collection of Original Scotch-Tunes (London, 1700) with the melody "My Lady Hope's Scotch Measure" and others. 'Scotch Measure' refers to a cut-time dance tune similar to a reel (some say it is an older form of a reel), however having the characteristic three quarter-note pattern in the melody in either the first three or the last three beats of the measure, interspersed with measures comprised mostly of eighth notes. The genre, if indeed it can be distinguished from reels, has fallen out of favor and has been replaced by reels.