Back to Lady Dalrymple of North Berwick's Favorite[edit]

LADY DALRYMPLE OF NORTH BERWICK'S FAVORITE. Scottish, Strathspey or Air (2/4 time). A Minor. Standard tuning (fiddle). AAB. The Dalrymple family was one of the most powerful in the Royal Burgh of North Berwick in the 18th century. Throughout the 1700's Dalrymples were prominent in the Scottish legal system, and, in the year 1785-6 there were no less than four of them on the North Berwick Town Council. The tune perhaps honors Janet, second daughter of William Duff of Crombie, who married Sir Hew Dalrymple, 3rd Baronet of North Berwick, in 1774. The couple had fourteen children (ten sons, four daughters), although many of them died young, with the exception of four sons and two daughters. Hew, who became Baronet in 1790 (two years prior to the publication of Gow's 3rd Collection), represented the county of East Lothian in several parliaments. In 1796 he assumed the additional name of Hamilton when he inherited Bargany House upon the death of his uncle, John Hamilton of Bargany (an advocate), and it was there that Hew died, in 1800. 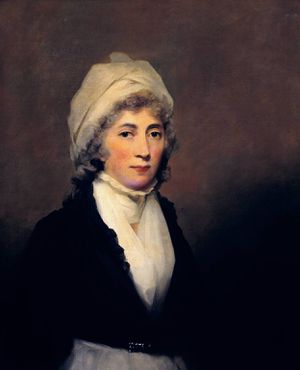 Back to Lady Dalrymple of North Berwick's Favorite[edit]