LADY DAY [1]. English, Country Dance Tune (2/2 time). B Flat Major. Standard tuning (fiddle). AABB. The melody was first published by Henry Playford in the first supplement of the 7th edition of The Dancing Master [1] (London, 1687). It was retained in subsequent editions, through the 16th edition of 1716 (then published by John Young, heir to the Playford publishing concerns), but was dropped for the final two editions of the long running series. "Lady Day" was also printed by the Walshes in all three volumes of The Compleat Country Dancing Master (London, 1718, 1731 and 1754). 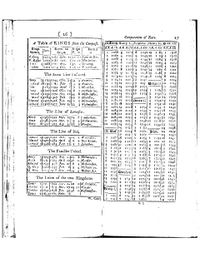 The title may not refer to a person, but rather to the starting date of the ecclesiastical calendar, which began not on January 1st of each year, but rather on March 25, otherwise known as Lady-Day, or the Annunciation of the Virgin. The Playfords are so thoroughly identified as publishers of The Dancing Master, Apollo's Banquet, and other collections of music that it is hardly recognized that they printed and published other works as well. John Playford, for example, published an almanac of sorts, with an explanation of the differing calendar calculations then in use in Europe (see "Dating Conventions in Early Modern Europe" [2]). 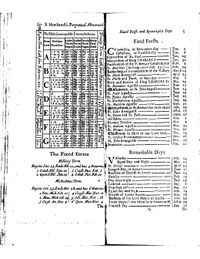