Find traditional instrumental music
This is the stable version, checked on 23 June 2020.
Jump to: navigation, search

Back to Lady Elenora Home (1)

LADY ELENORA HOME [1]. Scottish, Reel (cut time). D Major. Standard tuning (fiddle). AAB. John Glen (1891) finds the earliest appearence of this tune in print in Daniel Dow's c. 1775 collection (p. 5). Gow (1817) attributes it to Dow, an Edinburgh composer and music teacher who lived from 1732 to 1783, perhaps most famous as the composer of "Money Musk." His collection of Scots tunes called Thirty-seven new reels and strathspeys (1775) appears to be the first collection to include the word "strathspey" in its title. Dow's family is known to have stayed in Strathardle and his son (John Dow) was born at Kirkmichael. The elder Dow's first name has been given as Daniel or Donald (both acceptable translations for the Gaelic 'Domhnull'). He was buried in the Canongate Kirk, Edinburgh on January 20th, 1783. 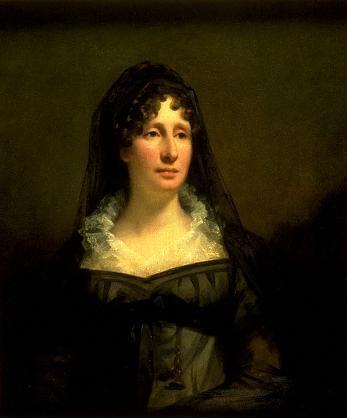 Eleanora Elizabeth Home (1759–1837) was the daughter of Reverend Alexander Home, 9th Earl of Home and Primrose Elphinstone. Her father succeeded to the title of Lord Home, 9th Earl of Home in 1761. She married Major-General Thomas Dundas of Fingask in 1784, a Member of Parliament for Shetland and Orkney from 1771 to 1784, but also fought in the American War of Independence between 1779 and 1781, where he surrendered Yorktown. He was briefly Lieutenant Governor of Guernsey in 1793, but when the wars with France broke out he was given commands in the West Indies, where he succombed to Yellow Fever in 1794. The following anecdote appears in Dundas of Fingask: Some Memorials of the Family, by Mrs. Dundas (Sr.) of Carronhall (1889):

LADY ELEANOR DUNDAS was at Carron Hall when the news of General Dundas's death reached England. The sad tidings were concealed from her for a time, as she was then expecting the birth of her seventh child (Elizabeth). Her intimate friends, Judge and Mrs. Brenton, spent some of this anxious time with her, when rumours of fever in the West Indies must have added to her anxiety. Their daughter, Miss Mary Brent on, has related to me how her mother told that each day after dinner Lady Eleanor used to beg them to join her in drinking the health of her General, and success to the expedition, and how hard it was to do this, knowing all the time the bitter sorrow which sooner or later must be communicated to her.

Some years after this time Lady Eleanor related to a friend, who wrote down the relation as it was told, a remarkable dream which she had during those days and nights of anxious suspense at Carron Hall. It was as follows : —

I dreamt that I was walking in a large green field. The sky was cloudy, and its dark hue was reflected in a river which flowed below the field, and farther on fell into the Firth of Forth. As I walked on by the side of the river I observed a vessel in full sail coming from the sea. It came rapidly along and passed me. It also looked dark and black from the sombre tint of the sky. But just after it had passed a faint, sickly ray of sunshine glanced upon the stern, and I read these words, 'From St. Vincent.' I instantly felt heart-struck, and exclaimed, 'That vessel brings me fatal tidings ! ' I then awoke.

I had not recovered from the unpleasant shock of this dream when the letter-bag was brought to me, being seven in the morning. I tore open the paper and the leading article was an extract from St. Vincent, which stated the death of Sir Charles Grey (who commanded the expedition). I was greatly shocked, knowing the intimacy between him and my husband, but felt great thankfulness that my worst fears had proved unfounded. Alas ! it was himself! Through some unaccountable error the mistake was made in the names.


Printed sources : - Dow (Twenty Minuets and Sixteen Reels or Country Dances), 1773; p. 25. Dow (Reells [sic] & strathspeys for the violin, harpsichord, pianoforte or German flute), n.d.; p. 4. Gow (A collection of strathspey reels with a bass for the violoncello or harpsichord containing the most approved old and the most fashionable new reels some of which are composed and others with additions by Nathaniel Gow), c. 1797; p. 12. Gow (Complete Repository), Part 4, 1817; p. 37.

Back to Lady Elenora Home (1)