Find traditional instrumental music
This is the stable version, checked on 14 November 2019.
Jump to: navigation, search

Back to Lady Elinor Butler's Reel 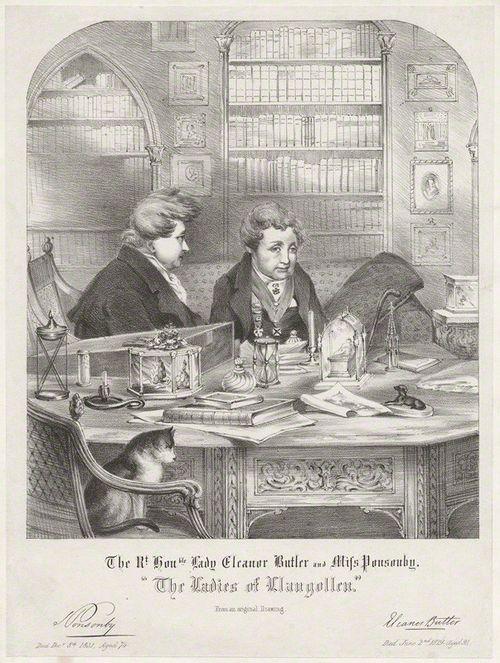 The Ladies of Llangollen

Lady Eleanor Butler (1739-1829) was a member of the powerful Butler family in Ireland, Earls and later Dukes. She was educated abroad in a convent and spoke fluent French, and was one of the modestly famous literary Ladies of Llangollen [1], after she and her life partner, Sarah Ponsonby, removed to the village of that name in North Wales where they lived for some fifty years. They denied a sexual relationship, but rather had an intimate romantic friendship, and, as time went by they were viewed somewhat as a curiosity by the literary establishment, many of whom came to visit them in their cottage.

Back to Lady Elinor Butler's Reel