Back to Lady Elizabeth Crichton[edit]

LADY ELIZABETH CRICHTON. Scottish, Reel (cut time). B Flat Major. Standard tuning (fiddle). AAB. John Glen (1891) finds the earliest appearance of the tune in print in Robert Ross's 1780 collection (p. 22). Lady Elizabeth Crichton (1772-1797) was the only daughter and heir of the 6th Earl of Dumfries. In 1792 she married John, Viscount Mountstuart (b. 1767), and was styled Viscountess Mountstewart. The marriage was a short one; John died in 1794 after falling from a horse and Elizabeth expired in 1797 at the age of 24, but not before she bore two sons. Henry Raeburn painted her portrait around 1791. 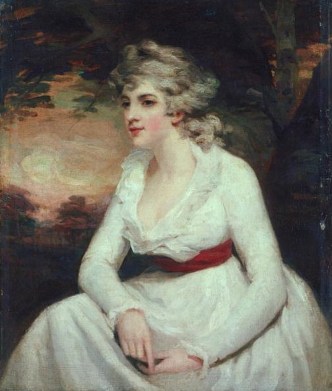 Back to Lady Elizabeth Crichton[edit]