Find traditional instrumental music
This is the stable version, checked on 1 December 2022.
Jump to: navigation, search

LADY MARY ANN CARNEGIE'S FAVOURITE. Scottish, Strathspey. D Major. Standard tuning (fiddle). AABBCCDD'. The melody first appears in Edinburgh musician Daniel McLaren's A Collection of Strathspey, Reels &c. (1794). One Lady Mary Ann Carnegie (there are others by that name) was the youngest daughter of the Sixth Earl of Northesk. She was the second wife of the Rev. John Kemp DD., of the Tolbooth Church, whom she married in June, 1797. Tragically, she only survived a little more that a year after her wedding and died in August, 1798 (Kemp remarried a third time the following year, to Lady Elizabeth Hope, daughter of John, second Earl of Hopetoun; she, too, died only two years after the wedding). An effective clergyman, his reputation was tarnished when he was accused by Sir James Colquhoun, Sherrif-Depute of Dumbartonshire, of having had a affair with his wife, Lady Colquhoun. The scandal was heightened by the fact that Kemp's son (by the first Mrs. Kemp--who managed to survive marriage to Kemp for sixteen years--, and a cloth manufacturer) married Sir James's daughter, leading to attacks in print: 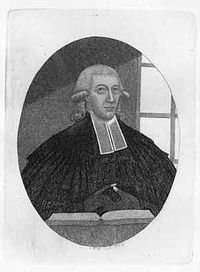 To a weaver's arms consigns the high born Miss;
Then greets the mother with a holy kiss.

The matter was taken to court but remained unsettled at the time of death of both principals in 1805.