Find traditional instrumental music
This is the stable version, checked on 18 October 2020.
Jump to: navigation, search

Back to Lady Stopford's Reel (1) 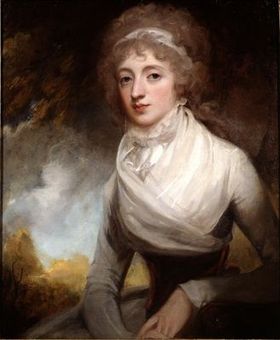 The title probably refers to Lady Mary Scott, the daughter of Henry Scott, 3rd Duke of Buccleuch and Lady Elizabeth Montagu, born in 1769 at London, England. She married in 1791, the year Watlen published his collection, to James George Stopford, 3rd Earl of Courtown, an Anglo-Irish peer and Tory politician. In 1810 she became the Countess of Courtown when her husband was raised. The couple had had five sons and one daughter, although the two eldest sons died as infants. Lady Mary died in 1823 at Courtown House, Gorey, County Wexford, Ireland, survived by her husband. Edinburgh dancing master William Borrowman's "Lady Stopford's Reel (2)" was composed for the same person. It was printed on a single sheet issue, with a tune for a relative (for which see "Lady Elizabeth Montagu's Jig").

Back to Lady Stopford's Reel (1)