Back to Laird of Bemersyde (The)

LAIRD OF BEMERSYDE, THE. AKA – "Chief of Bemersyde (The)." Scottish, Slow Strathspey or Air. A Major. Standard tuning (fiddle). AB. Composed by the self-proclaimed "Strathspey King," J. Scott Skinner (1843–1927), dedicated to Earl Haig. The Haig's were the Lairds of Bemersyde, Berwick, whose motto (by Thomas the Rhymer) was "Tyde what may, What e're betyde, Haig shall be Haig of Bemersyde!" The lands of Bemersyde have remained with the Haig family for over eight hundred years. Field Marshall Earl Haig [1], was a hero of South Africa and World War I. 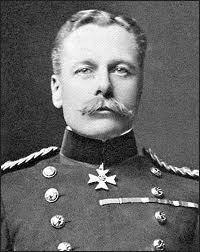 Back to Laird of Bemersyde (The)