Find traditional instrumental music
This is the stable version, checked on 28 April 2021.
Jump to: navigation, search

Back to Lassie Look Before Ye

LASSIE, LOOK BEFORE YOU/YE.. AKA and see "Look Before You," "Lasses Look Before You," "Miss Agnes Ross’s Reel," "Miss Ross," "Miss Ross’ Strathspey—of Elgin (1)," Scottish, Strathspey (whole time). D Mixolydian. Standard tuning (fiddle). AAB (most versions): AABB' (Athole, Skye). Composed by Aberdeenshire fiddler-composer William Marshall (1748-1833), although this was not Marshall's title but rather a variation of the one published by the Gow's. In Marshall's own collection the strathspey appears under the "Miss Ross" title. As "Lasses Look Before You" it is played as a Shetland Reel on the island of Unst. 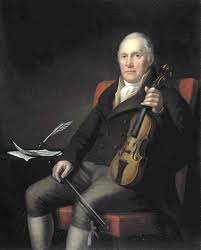 Back to Lassie Look Before Ye