Back to Last of Sizemore (1)[edit]

LAST OF SIZEMORE [1]. Old-Time, Breakdown. USA, Ky. D Major. Standard, AEae or ADae tunings (fiddle). AABBC (Titon): AA'BB'CC' (Phillips). "I have encountered this tune only in the region around Hazard (Ky.), although it is related to a number of Scots reels in A Major" (Mark Wilson). In fact a few different tunes go by this title, says Jeff Titon (2001). Eastern Kentucky fiddler Hiram Stamper told Titon the title refers to a soldier named Sizemore who, for some unknown reason, was taken up a hollow and shot, during or just after the Civil War. Stamper said he learned the tune (with the same story) from fiddlers Dan Triplett, Shade Sloan and Silas Terry, all Civil War veterans. Santford Kelly had another tale: Sizemore in his version is on his deathbed and plays a last tune which is overheard by another fiddler who is out plowing his garden and who commits it to memory. This version of the melody was also recorded in 1937 for the Library of Congress from Kentucky fiddler Boyd Asher. 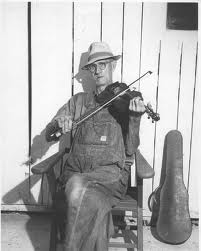 Back to Last of Sizemore (1)[edit]