Find traditional instrumental music
This is the stable version, checked on 30 December 2020.
Jump to: navigation, search

Back to Laura and Lenza 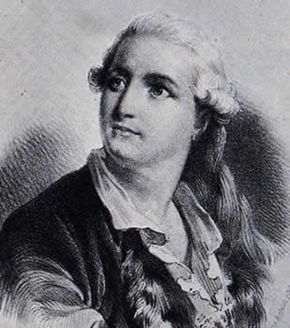 Laura et Lenza ou, le troubadour is the name of a two-act ballet by Charles-Louis Didelot (1767-1837), a dancer and choreographer who danced the part of Lenza, the troubadour hero. The music was composed by Cesare Bossi (1773-1802). Didelot was born in Stockholm of French parents and sent to France at an early age after the King of Sweden took notice of him in a court divertissement. After his tutelage in Paris he removed to London in 1788, and for the next thirteen years performed and choreographed ballets (notably Flore and Zephure, 1796, which featured dancers on wires, imitating weighlessness--music also by Bossi) in which he appeared with his wife, Marie-Rose Didelot, a ballerina of exceptional talent who won great acclaim in England. The Didelots went to Russia after 1801, where she died in the spring of 1803. He curtailed his dancing in 1806, partly due to the loss of Rose, and partly due to injuries to his leg, but he switched dancing styles, continued to perform, and taught ballet, remaining based in Russia, despite some extended excursions, until his death. 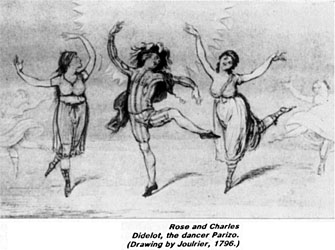 the Didelots and Madame Parisot
Welsh musician John Parry arranged the melody as a rondo and published it in 1817, and a version was printed by Aberdeenshire dancing master and musician Archibald Duff as "Lauretta" in his Choice Selection (c. 1812).

Back to Laura and Lenza