LAWER'S HOUSE. Scottish, Scottish Measure. A Minor. Standard tuning (fiddle). AAB. The melody was composed by Niel Gow (1727-1807) and appears in his Fifth Collection of 1809, though previously the air was published by Malcolm MacDonald in his Second Collection of 1789 (dedicated to the Earl of Breadalbane). MacDonald was the bass player in Nathaniel Gow's band at the end of the 18th century and probably heard Gow play the melody; he perhaps did not know that Gow composed it. 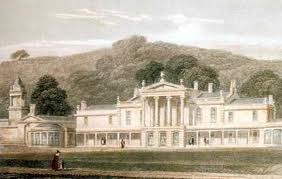 Lawers House was a pink limestone mansion located near Comrie, Perthshire, originally built by architect William Adam for Lieutenant General James Campbell of Lawers. It passed to the Drummond family and was extensively remodeled in 1783 for London banker Henry Drummond, and remodeled again around 1815 for David Williamson, Lord Balgary, a judge.