Back to Lenox Love to Blantyre

LENNOX LOVE TO BLANTYRE. AKA - "Lennon's Love to Blaner." AKA and see "Colonel Lennox's Love." Scottish (originally), Canadian; Strathspey. Canada, Cape Breton. F Major. Standard tuning (fiddle). AAB (most versions): AABB (David Young). The title of the tune is the curious name given to a house and estate originally called 'Lethington,' located near Haddington in East Lothian, Scotland (now owned by the present Duke and Duchess of Hamilton). The name was changed when Frances Teresa Stewart (Stuart), Duchess of Lennox and Richmond (b. 1647), bequeathed it to her nephew, requesting that its name be changed to "Lennox Love" as a token of her love and in memory of her husband. A slightly different story (told by Alison Kinnaird) has it the local lairds of East Lothian frequently dined together at their various estates in the county, and that Lord Blantyre often joined them, though he owned no lands in the region. The Duke of Lauderdale often remarked on this circumstance and facetiously offered to sell Lethington to Blantyre, knowing that the latter was without sufficient funds for the purchase. Frances was Blantyre's cousin, and hearing of his predicament advised him to accept the next time Lauderdale offered, and sent him the money for the transaction in a casket, along with "the Duchess of Lennox's Love." Blantyre made the purchase and changed the estate's name to Lennoxlove in tribute. 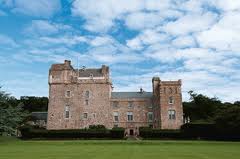 Frances was known as "La Belle Stewart," according to Neil (1991), and was a great beauty, one of king Charles II's favorites. Her facsimile appeared on British coinage in the latter 17th century as part of the emblem of "Britania." The casket which held the money she gave to Blantyre was a gift to her from Charles II, and supposedly still is in the possession of the Hamilton family at the estate. 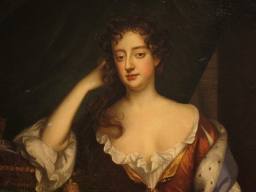 The melody can be found (incomplete) in the Margaret Sinkler MS, 1710, as "Lennox Love to Blanter," though John Glen (1891) found its earliest appearance in print a bit later, in Robert Bremner's 1757 collection (p. 17), missing its entry in the Drummond Castle Manuscript (in the possession of the Earl of Ancaster at Drummond Castle), inscribed "A Collection of Country Dances written for the use of his Grace the Duke of Perth by Dav. Young, 1734." Kirkmichael, Perthshire, fiddler and composer Robert Petrie included it in his 2nd Collection of Strathspey Reels and Country Dances, 1796. See also Alburger's note for "How Can I Keep My Maidenhead?" and "Braes of Auchtertyre (1)." The directions for the country dance to this tune, but not the melody, appear in the Holmain Manuscript, 1710-50.

Bremner also published a tune called "Milkmaids of Blantyre (The)" in his Scots Reels (1757, p. 2), that has some similarities in the first strain with "Lenox Love to Blantyre". David Rutherford printed the "Milkmaids..." tune as "Lanox Love", and Northumbrian musician William Vickers also entered the same reel into his 1770 manuscript collection. Thus there is some confusion about the "Lenox Love" titles between the tune usually known as "Lenox Love to Blantyre" and the "Milkmaids of Blantyre (The)."

Back to Lenox Love to Blantyre