LEWIS GORDAN. AKA - "Lewie Gordon." Scottish, "Very Slow" Strathspey or Air. G Major (Gow): A Major (Morrison). Standard tuning (fiddle). One part (ten bars). John Glen (Early Scottish Melodies, 1900, p. 84) traces the tune to 1783 and believes it to have been borrowed from "Tarry Woo," repeating the thoughts of Joseph Ritson and James Hogg, who said it was the "original or northern set of 'Tarry Woo'." The latter (in his Jacobite Relics of Scotland, 1821) identified the air as a having "always been a popular ditty", reportedly "supposed to have been made by a Mr. Geddes, (a Roman Catholic) priest at Shenval in the Enzie (Banffshire), on the Lord Lewis Gordon." Stenhouse identifies the author as Rev. Alexander Geddes, D.D., also known as the translator of a new version of the Bible (although he died before it was completed). The song begins: 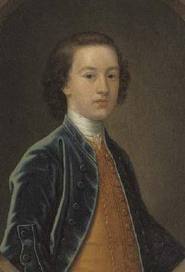 O! Send Lewie Gordon hame,
And the lad I darena name!
Though his back be at the wa',
Here's to him that's far awa!

Hogg gives this brief sketch: "Lord Lewis Gordon, third son to Alexander, second Duke of Gordon, being bred to sea service, was a lieutenant on board a ship of war; but, on the rising in 1745, declared for prince Charles; raised a regiment of two battalions; defeated the adherents of George, under the laird of McLeod, near Inverury, 23d September that year, and then marched to Perth; after the battle of Culloden he escaped abroad; was attainted by act of parliament, 1746; and died at Montreuil, in France, on the 15th of June, 1754." Stenhouse appends: "...historians allow that he acquitted himself with great judgement and gallantry."