Back to Liberty Bell

LIBERTY BELLE. American, March (6/8 time). F Major. Standard tuning (fiddle). Composed in 1893 by bandleader John Phillip Sousa (1854-1932) and originally intended for his operetta The Devil's Deputy. However, financing for the staging fell through, and Sousa did not finish the score. The march remained unnamed until Sousa and his band manager, George Hinton, attended a patriotic spectacle in Chicago entitled "America", which used the Liberty Bell as its backdrop. At nearly the same time, Sousa received a letter from his wife reporting that their son had marched in a parade honoring the Liberty Bell. When Hinton suggested to Sousa the name "Liberty Bell" for the march, the bandleader readily agreed. In the latter 20 century the march became familiar to many as the theme for the BBC television program Monty Python's Flying Circus. 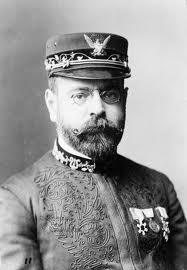 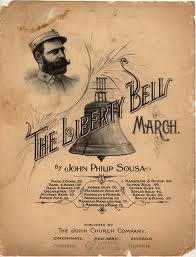 
See also listing at:
Hear the Sousa band's recording at the Internet Archive [1] [2]

Back to Liberty Bell