Find traditional instrumental music
This is the stable version, checked on 14 November 2021.
Jump to: navigation, search

LIEUTENANT COLONEL DAVID STEWART'S STRATHSPEY. AKA - "David Stewart." Scottish, Strathspey. A Major. Standard tuning (fiddle). AABCCD. "By an Amateur" (Gow). The title perhaps refers to Colonel David Stewart (1768-1829) of Garth, a Black Watch (42nd Highlanders) career officer who later wrote Sketches of the Character, Manner and Present State of the Highlanders in Scotland (1822), which did much to romanticize Highland clans and customs. Unfortunately, a good portion of what he wrote had scant factual underpinning. Nevertheless, material from his book crept wholesale into various regimental histories and other works. Lord Thomas Babington Macauley (1800-1859) thought the popular romantic view of the Highlander promulgated by writer Sir Walter Scott, poet James MacPherson and soldier Stewart, were ludicrous nonsense, given the history of freebooting and plunder of the Lowlands. The idiocy reached its zenith with the visit to Holyroodhouse by King George IV, who was dressed in Highland garb, which Macauley maintained "before the Union, was considered by nine Scotchmen out of ten as the dress of a thief." David Stewart participated in the farce, acting as chubby George's valet, placing the kilt and plaid just so, obscuring the king's pink tights. Stewart composed as well; at least one tune of his made it to the Gow collections, "Original Gallic Air (An)." See also "Colonel David Stewart of Garth's Reel." 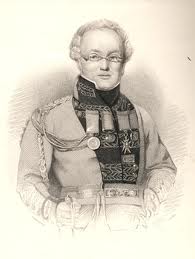