LIGHTHOUSE POLKA, THE. Irish, Polka. D Major. Standard tuning (fiddle). AABB'. Source O'Leary identified the tune as learned from fiddler Jack Connell, "the man of The Lighthouse. He's the man above at The Lighthouse in Ballydesmond." The Lighthouse was both the name of a pub and the name of the townland where Connell lived. The tune was unnamed ("Jack must have thousands of them"), so O'Leary suggested naming it "The Lighthouse." 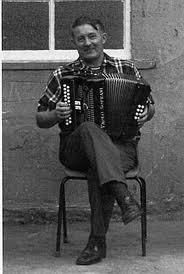