LIMERICK JUNCTION (Coimceangald/Coimceanglad Luimn{a}ig). AKA and see "Raftery's Hornpipe/Raftery's Favourite." Irish, Hornpipe. D Major. Standard tuning (fiddle). AABB. Limerick Junction is the name of a town in north County Tipperary where Chicago fiddler Edward Cronin (b. 1838) was born and raised. James O'Neill transcribed the (unnamed) tune from Cronin's playing and gave it this title as a nod to his source. See also "Raftery's Hornpipe" for another source pathway. 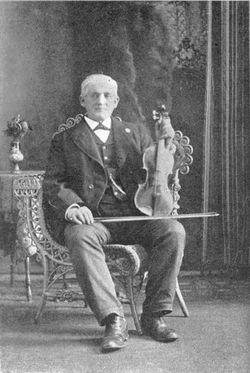 Source for notated version: "O'Neill" [O'Neill]. Chicago Police Sergeant James O'Neill was a fiddler originally from County Down. He was musically literate and served as Francis O'Neill's transcriber and collaborator for his early works.