Little Boy Working on the Road (1)

Find traditional instrumental music
This is the stable version, checked on 26 May 2020.
Jump to: navigation, search

Back to Little Boy Working on the Road (1)

LITTLE BOY WORKING ON THE ROAD [1]. American, Reel (cut time). USA, East Kentucky. A Mixolydian ('A' part) & A Major ('B' part). Standard or AEae tuning (fiddle). AAB. Source James W. "Blind Bill" Day recorded "Little Boy Working on the Road" in New York in 1928, and recorded for several other sides Victor in the 1920's, and for the Library of Congress and the Ohio Historical Society in the 1930's. 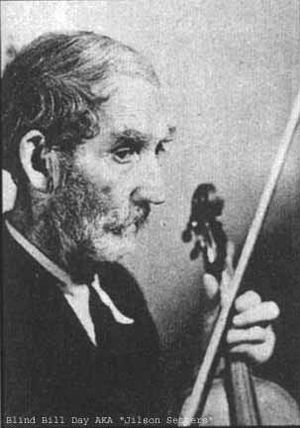 He was aided in his career by Jean Thomas, a woman who had an interest in promoting folklore and customs of the Appalachians and thought to emphasize the fiddler's rusticity, thinking this would increase his cache. She had Day assume the persona of 'Jilson Setters' (Day's father's name was Jilson Day), and had him dress and act the part of a rustic; in fact, his playing style was archaic (learned from his father, with roots in the Civil War era). Thomas called Day "The Singin' Fiddler of Lost Hope Hollow" and used the phrase as the title of a rather fictionalized biography of the man. The following passage gives a flavor of her hyperbole:

In a windowless cabin, hidden away in a high cranny of the Kentucky mountains, lived Jilson Setters, who, for all his sixty-five years, had never seen a railroad. Neither had he heard a phonograph nor a radio. His home-made fiddle and his ‘ballets’ were good enough for Jilson Setters and mountain folk.

Most accounts suggest Day was not entirely blind and had some limited sight, although he was impaired enough to meet criteria for legal blindness. 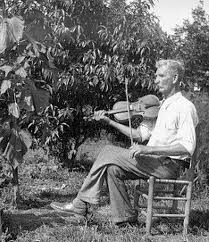 Note that Day is a left-handed fiddler, but played a right-handed instrument without altering the strings.

Back to Little Boy Working on the Road (1)