Little Gal Will Fool Me

Find traditional instrumental music
This is the stable version, checked on 4 January 2022.
Jump to: navigation, search

Back to Little Gal Will Fool Me 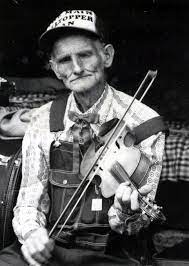 Joe Birchfield
LITTLE GAL WILL FOOL ME. AKA - "Little Gal'll Fool Ya." American, Reel (cut or 2/4 time). D Major. "Little Gal'l Fool Me" is from Carter County, northeast Tennessee, fiddler Joe Birchfield with his band The Roan Mountain Hilltoppers. Birchfield (1912-2002) was raised in a musical family whose various members played several instruments, and included excellent fiddlers, including his father and particularly one of his uncles from whom he learned much of his repertory. His paternal grandmother also played the fiddle, as he told interviewer Frank Weston in 1982:

She said, about an hour before she died, she laid up in her bed and said, ‘Bring me my fiddle, I want to play a piece or two.’ She played two or three tunes and laid the fiddle down and was dead. That was from way back, that was my dad’s mother, it was inherited in the family of all of them.

The tune was recorded by the Roan Mountain Hilltoppers, however the band was not an old one, having been formed in 1976 around the nucleus of Joe Birchfield's fiddling and brother Creed Birchfield's banjo playing.

Back to Little Gal Will Fool Me