Find traditional instrumental music
This is the stable version, checked on 17 November 2020.
Jump to: navigation, search

LITTLE RABBIT. AKA and see "Rabbit Where's Your Mammy? (1)," "Pretty Little Gal (1)," "Pretty Little Miss (1)," "Brown's Dream (1)," "Herve Brown's Dream," "John Brown's Dream," "Walk Along John to Kansas." American, Reel (2/4 or cut time). USA; Oklahoma, Texas, Arizona. D Major (Johnson, Kuntz): A Major (Brody, Kaufman, Phillips, Welling). Standard or ADae, AEae, or C#Aea tunings (fiddle). AB (Silberberg): AABB'CC' (Kaufman): AABBCCDD (Kuntz, Welling): AABBCCDDEE (Brody, Johnson): AABBCCDDEE' (Phillips). The melody is related to "Boatman." Most modern versions are based on the Crockett Mountaineers' recording of "Little Rabbit," which is actually a pastiche of two or more tunes, including "Little Rabbit" (similar to versions of the "John Brown's Dream" tune family) {'A', 'B' and 'C' parts}and "Rabbit Where's Your Mammy? (1)" {'D' and 'E' parts}. This combination is oft-repeated in modern times-so much so that the 5-part piece is sometimes thought of as only one tune ("Little Rabbit"). Several parts belong to a family of tunes that includes "Brownstream," "Herve Brown's Dream," "Jimmy Johnson Pass that Jug Around the Hill," "John Brown's Dream," "Pretty Little Girl," "Stillhouse Branch" "Table Mountain Road" and others. The tune family is a common a popular one in the Blue Ridge Mountains, where it probably originated, but the tune has since been widely disseminated. This ditty is frequently sung to the last part of the piece: 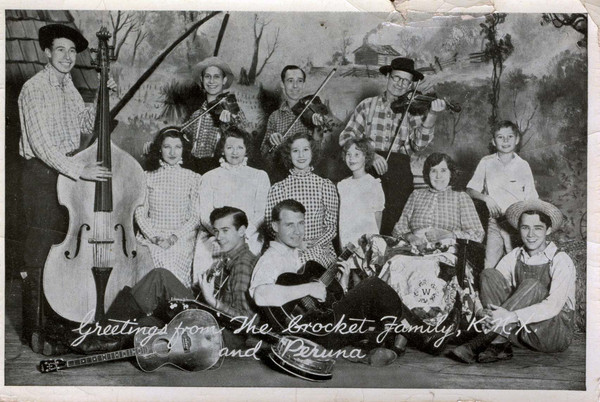 California mandolin and fiddler player Kenny Hall recalled that Crockett's Kentucky Mountaineers members moved to Hollywood from Kentucky in the 1920's to further their careers. Hall, who has lived in Fresno since the 1950's, met the elderly fiddler John Harvey "Dad" Crockett who was then in retirement and was told that the Crockett family band (which included George on fiddle; Johnny on banjo; guitar and vocals; Alan on fiddle and bones; Clarence on guitar; Albert on tenor guitar; Elnora, vocals) had played "Little Rabbit Where's Your Mammy" for a Bugs Bunny cartoon sometime in the 1930's (from an interview with Kenny Hall by Gus Garelick). Dad Crocket was originally from West Virginia, but moved to Bath, Kentucky, as a young man. When the group recorded "Little Rabbit" they were living in California, but the recording itself was made in New York City for Crown Records.

The melody was in the repertoire of Arizona fiddler Kenner C. Kartchner in the key of 'A'.