Back to Little Sally Waters[edit]

LITTLE SALLY WATERS. AKA - "Babies on Our Block," "Sally Walker," "Sallie Waters," "Sally Waters." American, Reel. USA, southwestern Pa. D Major (Bayard-Bryner): G Major (Bayard-Miller/Gelnette). Standard tuning (fiddle). AA'B or ABB. Bayard (1981) takes this to be a dance tune that was based on a song tune. In this he was correct, as Seattle fiddler, producer and folklorist Vivian Williams has discovered that a song called "The Babies on Our Block" [1] by the songwriting team of Edward Harrigan (lyric) and London-born Dave Braham [2] (music), from the Broadway hit show The Mulligan Guard Ball (1879) provides the melody (and the name) for "Little Sally Waters." The chorus includes the words to the old play party “Little Sally Waters.” Under the title “Little Sally Waters,” it is figure 5 of the “Mulligan Guard Ball Quadrille,” published in New York by D. Muller in 1879. A special polka variant called the Ruchter was danced to this melody, and this dance was also sometimes called either “Little Sally Waters” or “Babies on Our Block.” A variant in 6/8 time was recorded by Michigan fiddler Les Raber. 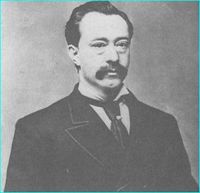 If you want for information
Or in need of merriment,
Come over with me socially
To Murphy's tenement.
He owns a row of houses
In the first ward, near the dock,
Where Ireland's represented
By the babies on our block.
There's the Phalens and the Whalens
From the sweet Dunochadee,
They are sitting on the railings
With their children on their knee,
All gossiping and talking
With their neighbors in a flock,
Singing "Little Sally Waters"
With the babies on our block.

"Oh, little Sally Waters,
Sitting in the sun,
A-crying and weeping for a young man;
Oh rise, Sally, rise,
Wipe your eye out with your frock."

That's sung by the babies,
A-living on our block.

The title appears in a list of traditional Ozarks Mountains fiddle tunes compiled by musicologist/folklorist Vance Randolph, published in 1954. Vivian writes: "The chorus of the song uses the words from the old play party [3], but the melody is completely different...In Michigan fiddler Les Raber's tunebook "Come Dance With Me" there is a version of the same tune, along with mention of a special dance that was done to it. I found the dance in the 1890 "Round Dancing" instruction book by M.B. Gilbert, which is on the Library of Congress website's collection of dance instruction manuals." Vivian also has found a version of the tune in a hand-written music manuscript from western Oregon, dating from the 1860's and 1870's, which, like many manuscripts was retained in a musical family and added to by various members or generations.

There is a children's play-party song and game called "Little Sally Waters/Walker," but the words are sung to a different tune.

Back to Little Sally Waters[edit]