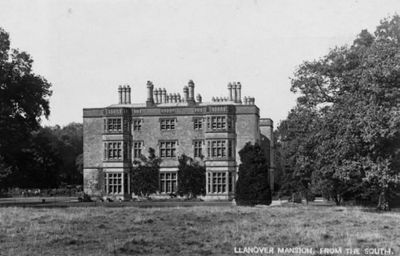 There is also a dance called the Llanover Reel, that was revived on St. David's Day in 1918 by Mr. and Mrs. T.A. Williams with the children of the Llanover school. The revived dance was based on the recollections of Lord Treowen, Mrs. Gruffydd Richards, and others "who used to perform the dance to the music of the Welsh Harp at the Llys, Llanover, in the days of Lady Llanover, 30 years previously. The dances were first published in 1933 by W.S. Gwynn Williams in his Welsh National Music and Dance..." [1] 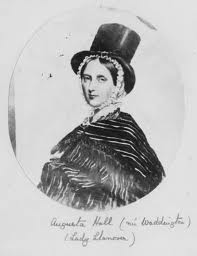 Lady Llanover, Augusta Waddington Hall (1802-1896), of Llanover House (near Abergavenny), referred to above, was renowned in Wales for her dedication to Welsh culture, although born to parents who had moved to Wales from Nottingham in 1792. She was a folklorist (some say 'Victorian idealist'). She was the patron of many Welsh poets and musicians, and also supported the culture by organizing festivals, holding dances in her home, and cataloging traditional costumes. She even went so far as to insist that the employees on her estate spoke Welsh and dressed in what she considered 'traditional' Welsh garb, and employed a Welsh harper. Lady Llanover was also famous for her temperance enthusiasm, and bought up public houses to turn into coffee-houses.