Find traditional instrumental music
This is the stable version, checked on 18 March 2020.
Jump to: navigation, search

Back to Loch Ordie

LOCH ORDIE. Scottish, Reel. G Minor. Standard tuning (fiddle). AAB. Composed by James MacIntosh (1846-1937) of Dunkeld who published a small collection of his own compositions in 1930 (eight pages, 15 tunes) printed in 1930 by Paterson Sons & Co. of Perth. James MacIntosh was the conductor of a string band in Dunkeld, one of whose members included his brother Charles, on cello. Both were born in a small cottage not far from Niel Gow's own former cottage in Inver, and Charles remained there for most of his life, only moving in with James at Dunkeld in the last months of his life. One of their ancestors was one of Gow's last pupils, and the family boasted of generations of skilled musicians. Charles (1839-1922) was also famous as the Perthshire Naturalist, an autodidact with a taste for botany, geology, astronomy and ornithology, and exercised his passions by collecting, teaching, guiding and publishing numerous scholarly papers. He influenced children's writer Beatrix Potter. James himself was a noted photographer. 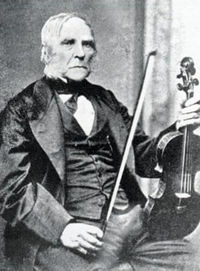 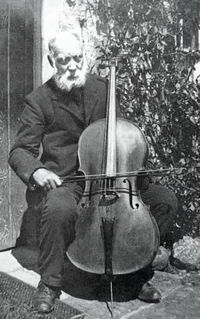 Loch Ordie is a small but picturesque lake situated in the moorland north of Dunkeld, Perth and Kinross.

Back to Loch Ordie