LOCH NA GAR [1]. AKA – "Lochnagar." Scottish (originally), English, Canadian; Air, March, Strathspey, Highland Strathspey or Highland Schottische. Canada, Cape Breton. D Major. Standard tuning (fiddle). AB. The tune is given as a march in the Edinburgh Repository of Music vol. 2, ("Containing the most select English, Scottish & Irish airs" (1825; p. 1), published by J. Sutherland. It is similar to "Bonaparte Crossing the Rhine (1)," said Bayard in his 1944 Hill Country Tunes, a collection of tunes collected in southwestern Pennsylvania. In his 1981 work (Dance to the Fiddle) he speculates that this and several other Scottish(?) tunes are "inter-resembled," cognate with one another, or derivative or some ancestral tune, referencing such tunes as "Pewter Mug (1)" (Ford), "Tinware Lass (The)" (Ryan's Mammoth), "Whistling Mike" (O'Neill), "Ladies dressed in their garments so green (The)" (Joyce), "Dusinberry March (The)" (Bayard), and perhaps "Scotland the Brave." Bayard (1981) also sees his Pennsylvania collected "Star of Bethlehem (The)" as a member of this tune family. The melody was entered into the large 1840 music manuscript collection of multi-instrumentalist John Rook, of Waverton, near Wigton, Cumbria. 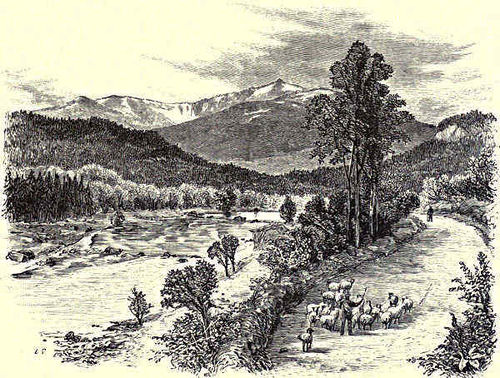