Find traditional instrumental music
This is the stable version, checked on 8 June 2020.
Jump to: navigation, search

Back to Lone Prairie 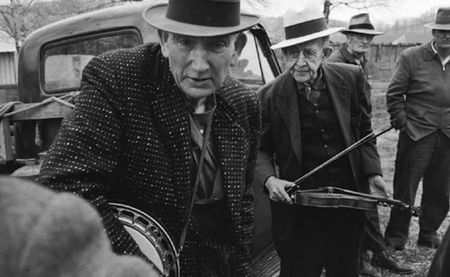 LONE PRAIRIE. American, Air or Listening Tune (cut or 2/4 time). A Major/Mixolydian. AEae tuning (fiddle). One part. The archaic-sounding "Lone Prairie" is a one-part modal air that was in the repertoire of fiddler and banjo player Wade Ward (1892-1971), of Independence, southwest Virginia. The tune was thought by Ward to be "indigenous" to the region. The title may be a shortened form of the song-line "Bury me not on the lone prairie," a song which Wade's brother, Fields Ward, recorded [1]. See also Jon Bekoff's D modal version of the tune as "Lonesome Prairie," which shows some 'folk-processing' and musical distance from Ward's recording, but still recognizable as the same core melody.

Back to Lone Prairie