Find traditional instrumental music
This is the stable version, checked on 12 September 2020.
Jump to: navigation, search

Back to Lord Banff's Strathspey

LORD BANFF('S STRATHSPEY). Scottish, Strathspey. E Major. Standard tuning (fiddle). AAB. "Very Slow" says Gow. The melody was composed by Isaac Cooper of Banff (b. 1755, d. 1810/1811 or 1820), a multi-talented musician who taught and published several collections in the late 18th and early 19th centuries. Collinson (1966) pronounced it "a good tune," while John Glen (1895) describes it as 'one of the excellent compositions from this composer'. Cooper himself must have admired his composition for he published it in both of his collections (A Collection of Strathspeys, Reels, and Irish Jigs, c. 1806, and Thirty New Strathspey Reels for the Violin, 1783) See also the Irish adaptation "Lord Banff's Reel."

Lord Banff was William Ogilvy, 8th Lord Banff (d. 1803), whose seat was Forglen House, Banffshire. The manor was built on the site of an ancient castle, replaced by Ogilvy with an elegant classical house in 1800. Ogilvy had been a soldier who served under the Duke of York as an officer in the Enniskillen (6th) Reg. of Dragoons, attaining the rank of Captain in 1780. He retired from the army in 1794. Upon William's death the title became dormant as he never married and there was no male heir. 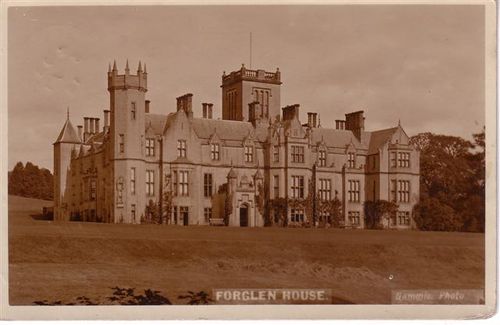 
Back to Lord Banff's Strathspey