Back to Lord Dunmore's Quick Step[edit] 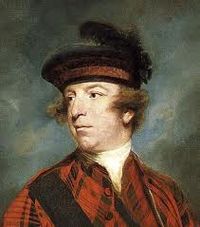 John Murray [1] (1732-1809), 4th Earl of Dunmore, was the last Royal Governor of Virginia, serving from 1771 to 1776 when he departed as a consequence of the American Revolution. However, he still held his position until peace was signed in 1783, and continued to draw his pay. Although a contentious figure with the colonists as governor, he prosecuted Lord Dunmore's War, a series of campaigns against the Indians (principally the Shawnee) of western Virginia and the Ohio valley. During the Revolution Dunmore issued a proclamation of emancipation for black slaves who would desert their Patriot masters and join the British cause, and eventually he formed an Ethiopian Regiment. Unfortunately, most of the black soldiers died of smallpox on board ship, not having been inoculated against the disease. Later Dunmore became Governor of the Bahamas (1787-1796). 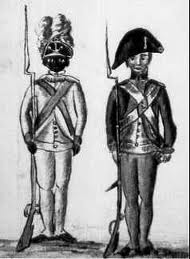 Soldiers of the Ethiopian Regiment

Back to Lord Dunmore's Quick Step[edit]