Back to Lord George Gordon's Reel

Lord George [1] (1751-1793) was the brother of Marshall's patron and employer, Alexander, the 4th Duke of Gordon, for whom he worked as Steward of the Household. George was an eccentric and somewhat unstable character; he reportedly learned to speak Gaelic and to play the pipes while living in Skye, was instantly recognizable in his time for his habit of wearing tartan trews and never wearing a wig. A fervent anti-Catholic, he used his name and influence to petition the King on behalf of the 'Protestant Association'. His agitation (in the midst of the War in America) led to his arrested in London for his leadership in the Gordon riots [2] in 1778. He was imprisoned for a time in the famous Tower of London but was acquitted of charges of High Treason after a trial. 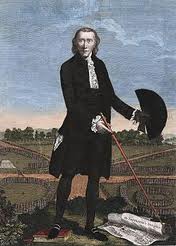 Lord George Gordon while head of the Protestant Association.

Following his trail, Gordon became disillusioned with the Protestant cause and fled England to France, where he converted to Judaism, growing a long beard and denouncing all Jews who did not do likewise. Once again he became embroiled in political disputes, and was charged with libeling both Queen Marie Antoinette and the French ambassador in London. This landed him in Newgate prison, where he remained for five years before dying of typhoid. He apparently maintained his Jewish conversion and practiced his adopted religion conscientiously, and became popular among the Jewish community. It was noted that he was generous and charitable towards other prisoners, and would often, in keeping with Jewish chesed (Mercy and Charity) Law, go into other parts of the prison to comfort prisoners by speaking with them and playing the violin. 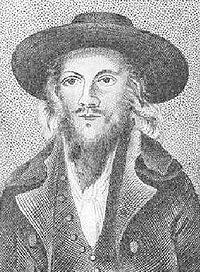 Lord Gordon as a Jewish convert

The tune is not related to the Irish "Lord Gordon's."

Back to Lord George Gordon's Reel