Back to Lord John Russell

Moyra Cowie (The Life and Times of William Marshall, 1999) identifies Lord John Russell [1] (1792–1878) as the youngest stepson of Georgianna Gordon, the Duchess of Bedford. He was an English Whig and Liberal politician who served twice as Prime Minister of the United Kingdom in the mid-19th century, and was an avid supporter of Earl Grey's Reform Bill (see note for "Earl Grey"). John's stepmother, Georgiana, was the daughter of the Alexander, the 4th Duke of Gordon, who employed Marshall as Steward of the Household and later Factor. 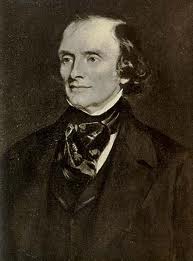 Back to Lord John Russell