Back to Lord Lewis Gordon's Reel[edit]

LORD LEWIS GORDON('S REEL). Scottish, Strathspey. G Major. Standard tuning (fiddle). AA'BB'CDEFG (Ross): AABBCDEEFF (McGlashan). John Glen (1891) finds the earliest appearance of this tune in print in Alexander McGlashan's 1780 Collection. Lord Lewis Gordon [1] was the third son of Alexander Gordon, 2nd Duke of Gordon, and one of Bonnie Prince Charlie's supporters. He was appointed a member of the Prince's council in Edinburgh as a result of his victories on the Stuart's behalf in the rising of 1745. 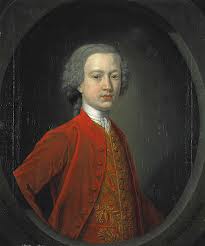 Back to Lord Lewis Gordon's Reel[edit]