Back to Lord President Forbes[edit]

LORD PRESIDENT FORBES (Tighearna Chuil Fhodair). Scottish, Slow Strathspey. F Sharp Minor. Standard tuning (fiddle). AAB (Fraser): AABB' (Kerr). "This relates to an occurrence in the Culloden papers, of Lord Lovat having employed a banditti from the editor's native district, to seize the Lord President Forbes person" (Fraser). Duncan Forbes, Lord Culloden (1685–1747) was a Scottish politician and judge, who found himself the sole representative of government in the north of Scotland during the Jabotie rising of 1745, when many in the Highlands came out for Bonnie Prince Charlie. Forbes was well known to many of the highland leaders and for several years prior he attempted to intervene in their support for Prince Charles, finding some success but ultimately suffering from an indifferent government. Simon, Lord Lovat, kept his Jacobite feelings hidden at first, and Forbes (who had assisted Lovat in some of his lawsuits) attempted to persuade him against the Jabcobites. However, Lovat's clan made a sudden raid upon Culloden, which was fortified and garrisoned; all the while Lovat disavowed personal involvement. Forbes was known as a compassionate and fair man, a scholar and a patriot. After the defeat of the Jacobites he attempted to intervene in the harsh treatment of captives by the crown, and in the excess cruelty of the Duke of Cumberland (who called him "that old woman who talked to me about humanity"). 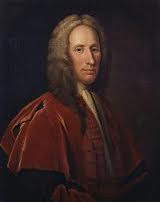 Back to Lord President Forbes[edit]