Back to Lord of Carnavon's Jig (2)

LORD OF CARNARVAN'S JIG [2]. AKA - "Lord Carnavan's Jigg." English, Country Dance Tune (cut time). G Major. Standard tuning (fiddle). AA'BB'. "Lord of Carnarvan's Jegg," a spirited dance[1] for four couples, appears in the first edition of John Playford's English Country Dancing Master [1] (London, 1651), and in all subsequent editions through the 17th, of 1721 (then published by John Young). More than seventy years after Playford's original publication, John Walsh printed a set similar to Playford's in his Compleat Country Dancing-Master (London, 1731, No. 148). Samuel Bayard finds an earlier version of the melody in the Scottish Skene Manuscipt (c. 1615) as "Blew/Blue Ribbon Scottish Measure," and says a much later version is printed in Gow's Complete Repository (II, 1802, 4,5) under the title "Blue Ribbon Scottish Measure." Bayard thought the style of the air sounded Scottish. 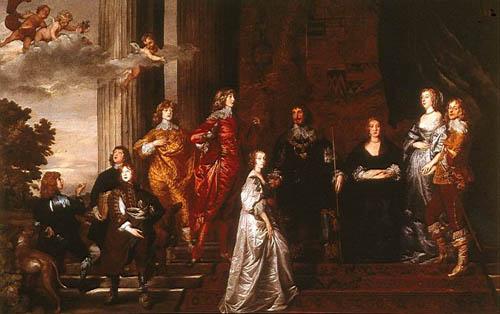 The Earl of Pembroke and His Family, by Anthony van Dyke
Graham Christian (writing in CDSS News, issue #191, July/August 2006) explains that the title refers to Robert Dormer (1610-1643), 1st Earl of Carnavon, who married into the wealthy and influential family of the Earl of Pembroke. A lover of "the looser exercises of pleasure" (as the Earl of Clarendon wrote in his history of the Civil War), and of hunting, hawking and travel, Dormer proved an excellent soldier when he declared for King Charles, becoming an able and effective Royalist commander who won the respect of his contemporaries. He was with the King's forces at their success in the Battle of Newbury, where he acquitted himself admirably. However, after the battle, with the opposing forces disengaging and dissipating, Dormer had the misfortune to encounter a group of Parliamentary soldiers. He was recognized and dispatched with a sword. Christian notes that a likeness of Dormer was painted by Anthony van Dyck in his group portrait of the Pembroke family. 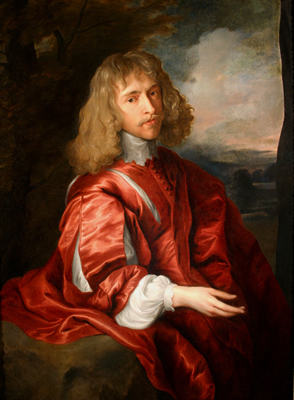 Back to Lord of Carnavon's Jig (2)