Find traditional instrumental music
This is the stable version, checked on 5 April 2021.
Jump to: navigation, search

Back to Lotta's Favorite

LOTTA'S FAVORITE. American, Dance Tune (cut time). D Major. Standard tuning (fiddle). ABB. Composed by Edwin Christie, who is not the Edwin P. Christy (1815-1862) of blackface minstrel fame, but who was a later-born journeyman composer of light works from the Boston, Massachusetts, area. He was tolerably regarded during his career, but did not achieve nearly the fame of his minstrel namesake. Several of Christie's compositions appear in Ryan's Mammoth Collection. The melody is listed as a 'jig', and refers not to the familiar 6/8 time Irish jig, but to a type of duple-time syncopated dance tune, often associated with the banjo. The term 'jig' may have been derived from its application to a solo dance (as in England), or may have African-American origins. Howe categorizes them among the schottisches. The genre is sometimes called a 'sand jig' from the practice of strewing sand upon a stage to facilitate the shuffling movements of the dance. 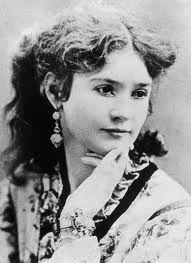 The title refers probably to Lotta Crabtree [1] (1847-1924), popularly known simply as Lotta. Although born in New York City, Lotta moved to California at the age of four, after the family followed father John Crabtree, who had joined the Gold Rush in the early 1850's. They initially settled in Grass Valley, where Lotta proved a precocious talent, especially after tutelage by actress Lola Montez, who lived a few doors down. While in Grass Valley she was also taught to play the banjo, by Jake Wallace, a minstrel performer of some fame. Lotta was shepherded around by her mother to entertain from mining camp to mining camp while still a child, and by 1856, when she was age 9, she was in San Francisco variety theaters, singing, dancing and playing melodramatic roles (some written especially for her), and creating quite a stir. Within three years she was being touted as "Miss Lotta, the San Francisco Favorite." She was "one of the greatest and most famous soubrettes of the American stage," according to Edward Le Roy Rice (Monarchs of Minstrelsy), who "'blacked up' many times in her early career. In October, 1863, she was a member of a minstrel company playing Virginia City, California, at Maguire's Theatre" (pg. 179). Although E.P. Christy did not compose the tune in Ryan's Mammoth that bears Lotta's name, he may have known her. Christy took his entire minstrel company to the West Coast in 1854, at about the time Lotta was beginning her career as a child performer. During the Civil War years she appeared with minstrel troupes. "Her banjo playing," writes Frank Dumont in an article in the New York Clipper (March 27, 1915-"The Younger Generation in Minstrelsy and Reminiscences of the Past"), "dancing, mimicking and grotesque humor were acquired from the minstrels, of course. She was a grand drawing card in the East in later years." 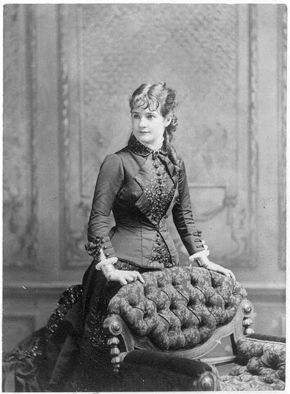 In 1864 she made her New York debut, but was only marginally successful, after which she toured for a few years. There are handbills that advertise Lotta in productions of Uncle Tom's Cabin in Boston in 1868, and again in 1869, where she played the role of Topsy. When she again returned to New York, it was as the star of Little Nell and the Marchioness, adapted from a story by Charles Dickens called The Old Curiosity Shop, and she was a huge hit. She had her own touring company from 1879 until her retirement in 1891, and was much lauded in both the United States and in England, which she visited frequently. When she retired it was to a mansion on Lake Hoptacong, New Jersey, where she remained quietly until her death in 1924. When she died she left a fortune valued at over four million dollars, the product of wise investing which began with San Francisco real estate when she was age 22. Lotta the stage personality was famous for her winsome, childlike appearance, infectious gaiety, and occasionally saucy manner.

It is interesting to speculate when Christy may have composed his tune for her: they were both in San Francisco during the mid-1850's, and although Lotta was still a child, she was already performing. Did Christy meet her at that time? Even as a teenager Lotta was on the minstrel stage at various times, but by the time she made her New York debut, Christy was already dead.

Back to Lotta's Favorite