Back to Loughside Hornpipe (The)

LOUGHSIDE HORNPIPE, THE. Irish, Hornpipe. Ireland, County Donegal. B Flat Major. Standard tuning (fiddle). Caoimhin Mac Aoidh (1994) states the "Loughside Hornpipe" was popularized by Donegal fiddler John Doherty (1900-1980) who learned it from the trumpa (jews harp) playing of the McMonagle family of Tievealough, with whom he often stayed. The title is a literal translation of the Donegal township called Tievealough. The tune was first recorded from Doherty's playing in Carrick, Co. Donegal, 1953, by Peter Kennedy. 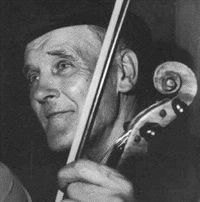 Back to Loughside Hornpipe (The)