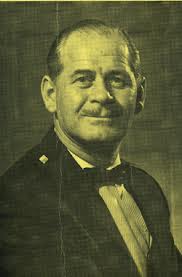 MACNEILS OF UGADALE, THE. AKA – "McNeils of Ugadale (The)." AKA and see "McLachlan's Jig." Scottish, Canadian; March (6/8 time). Canada, Cape Breton. A Mixolydian. Standard tuning (fiddle). AABCCD. Composed by Pipe Major John M. MacKenzie of Campbeltown, who joined the Argyll and Sutherland Highlanders in 1938. He became Pipe Major of the 2nd Battalion and the 8th Battalion of the regiment, before leaving the service in the late 1940's. MacKenzie returned to Campbeltown and was involved in the local piping scene, where he helped organize the Kintyre Piping Society. Following this, he spent several years in Rhodesia (west Africa), before he again returned to Scotland, where he was appointed Piping Instructor at Queen Victoria School in Dunblane. MacKenzie published one collection (issued in his own name), which contained several enduring compositions, including “Andrew MacNeill of Oronsay”, “Birkhall”, “Johnny & Jimmy”, “MacNeils of Ugadale (The)” and “Tug Argan Gap”.