Back to Madame Cordé's Frolic

MADAME CORDÉ'S FROLIC (Pranc Madame Cordé). English. The tune appears in Preston's Twenty-Four Country Dances (London, 1794). A Madame Charlotte Corday, or Cordé, assassinated Jean-Paul Marat, a radical Jacobin during the French Revolution who advocated for and participated in the Reign of Terror in which countless Royalists and "antirevolutionaries" were executed. He was stabbed to death in his bathtub in 1793 by Corday, a Girondin, who herself was guillotined in July, 1793, for her crime. 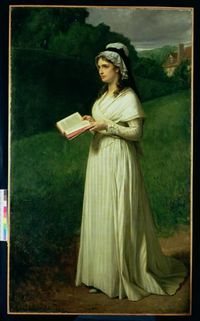 Madame Cordé was also the name of a racehorse born in 1793, sired by the famous Meteor, and perhaps named for the French assassin.

Back to Madame Cordé's Frolic