Maid of Bath (The)

Back to Maid of Bath (The)

MAID OF BATH, THE. English, Jig. A Major. Standard tuning (fiddle). AABB. The melody was originally published in Charles and Samuel Thompson's Compleat Collection, vol. 3 (London, 1773), followed by an appearance in Longman, Lukey & Broderip's Bride's Favourite Collection of 200 Select Country Dances (London, 1775). As with numerous other tunes from the Thompsons' 1773 collection, "Maid of Bath" was entered into the 1788 music manuscript copybook of fiddlers John and William Pitt Turner (Norwich, Conn.). 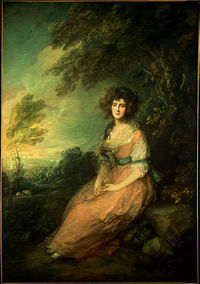 The Maid of Bath was a three-act comedy by dramatist Samuel Foote [1] (1720-1777), that premiered at the Haymarket in 1771. Douglas Howard, writing in the Dictionary of Literary Biography, Volume 89: Restoration and Eighteenth-Century Dramatists, Third Series (1989) remarks:

The play is highly topical and was eagerly awaited by the London audience. It is the story of Kitty Linnet, a beautiful young woman whose parents insist on marrying her to the aging but wealthy Solomon Flint. As usual, Foote's dramatic situations reflected contemporary events, in this instance the case of Elizabeth Linley, an actual maid of Bath whose parents attempted a forced match of their daughter with Sir Walter Long, a man old enough to be her grandfather. The Maid of Bath, which opened on 26 June 1771, was an immediate critical and popular success. Its favorable reception was largely attributable to the cause célèbre on which Foote drew, and not on the quality of the play itself. Untouched by the scandal it reports, modern readers find it less remarkable than did Foote's original audience. 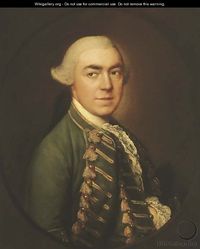 A year after the play Elizabeth Linley [2] (1754-1792) was forced to elope with another playwright and poet, Richard Brinsley Sheridan, fleeing with him to France. Her parents tried to have the marriage annulled as they were both underage, but they acquiesced to the union a few months later. She was painted by Gainsborough at least four times and twice by Reynolds.

Back to Maid of Bath (The)