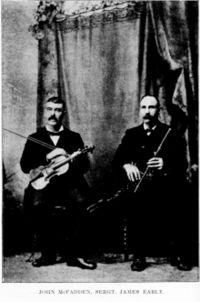 Source for notated version: the playing partners of Chicago police Sergeant James Early and John McFadden, a piper and fiddler from adjoining counties in the province of Connaght [O'Neill].