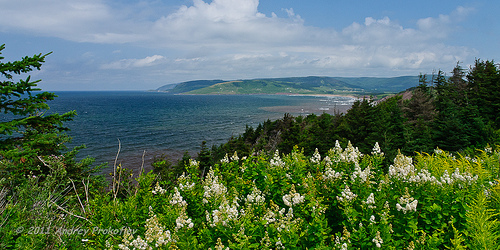 Marble Hill is an elevation on the west shore of Cape Breton, near Port Hood on the Little Mabou Road.