Find traditional instrumental music
This is the stable version, checked on 31 March 2022.
Jump to: navigation, search

Back to March in Scipio

MARCH IN SCIPIO. AKA and see "Queen Carolina," "Restoration March," "Scipio's March." English, Air, March, Country Dance Tune (whole or cut time). D Major. Standard tuning (fiddle). AAB. This extremely popular march tune was published in numerous latter 18th century tutors and march collections, including Robert Bremner's A Collection of Airs and Marches (London, 1761, p. 32), John Johnson's The Compleat Tutor for the Hautboy (c. 1750) and his The Compleat Tutor for the German Flute (London, 1760, p. 23), and Thomas Bennett's Compleat Tutor for the Fife (London, 1770, p. 22). It not only served as a march, but also as a country dance (according to the directions for a longways dance with the tune in Wright's Compleat Collection of Celebrated Country Dances, c. 1740 [1], the Minuet step is to be used), and as the vehicle for airs in the operas The Quaker's Opera (1728), The Wedding, A Tragi-Comi-Pastoral-Farcical Opera (1729), The Country-Wedding, and Skimington (1729), Polly (1729), The Grub-Street Opera (1731), The Genuine Grub-Street Opera (1731), The Stage-Mutineers, or a Playhouse to Be Let (1733), The Welsh Opera, or the Grey Mare the Better Horse (1731), The Preceptor, or the Loves of Abelard and Heloise (1740), and The Love and Revenge: or, The Vintner Outwitted (1781). 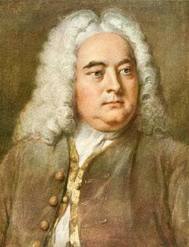 Scipio (1726) was an opera in three acts with music by George Frideric Handel [[1]]. The libretto was written by Paolo Antonio Rolli, based on a libretto by Antonio Salvi and on the histories of Livy. It was first performed at the King's Theatre, London, in March, 1726. Handel had just become Kapellmeister to George, Elector of Hanover. When the Elector was crowned King George I in 1712 Handel traveled with him to London, where he settled. He later became a naturalized English British subject.

"March in Scipio" has been the Regimental Slow March of the British Grenadier Guards since the 18th century.

Back to March in Scipio